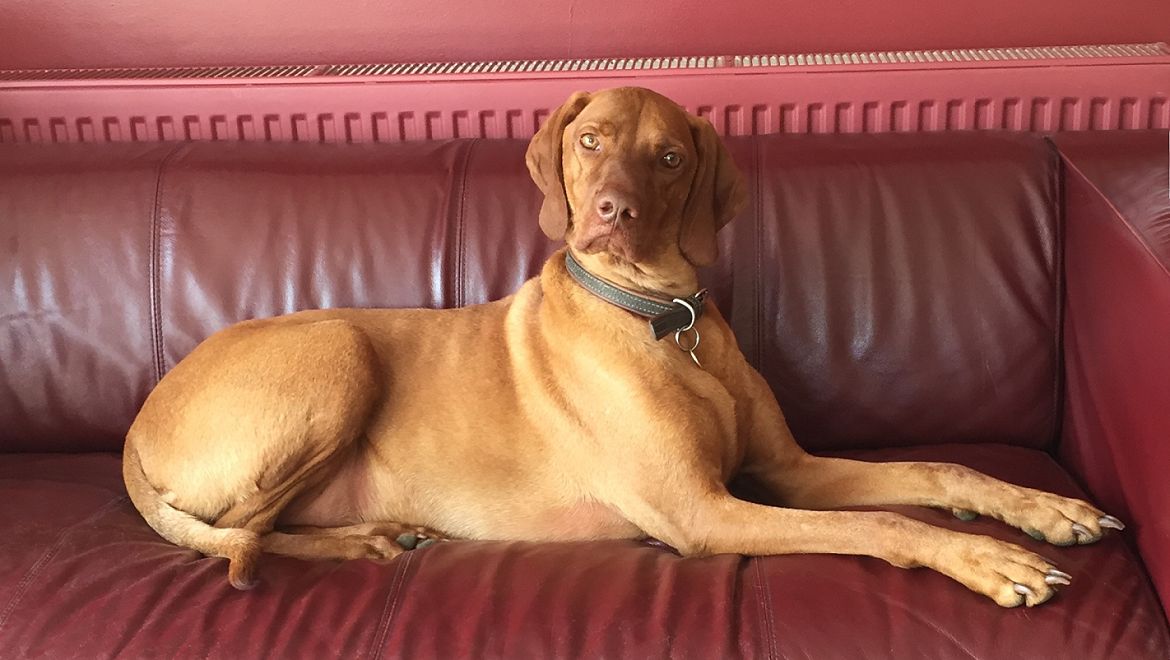 Recently we were in Buckinghamshire helping Andrew & Naomi Cragg with a glass veranda. Australian they both love being outdoors, and now living in England they wanted a covered area.

Not long having been in England, both Andrew and Naomi were keen for a protected barbecue terrace. During the course of proceedings at their home they asked if dogs were a problem, that they had two shut away in a room, and so two energetic hounds came bounding out into the garden. Instantly we realised that their two dogs were the same breed as our dog, Milo (in the photo above), a Hungarian Vizsla. Naomi asked where we had got our dog from and so we told of our breeder in Cumbria – whom it seemed Naomi knew of immediately.

Naomi then explained that Milo’s father was a dog called Yogi, real certificated name “Hungargunn Bear It’n Mind”, and that he was the winner of Crufts in 2010. Asked how on Earth she could know this Naomi announced that her dog had in fact been our dogs father – from Australia! Naomi had bred him in Sydney 2004, Yogi had won lots of shows, he’d come to England at 5 years of age winning his crowning glory at Crufts, and from Australia they’d bred him worldwide – including with our breeder up in Cumbria.

What a small world! Andrew and Naomi are loving their glass veranda and we wish them and the dogs many happy evenings outdoors.

Hungarian Vizsla
These aristocratic red-coated thoroughbreds are rugged yet elegant athletes. Third or fourth fastest dog on the planet Vizslas can run at 40mph with boundless energy, they make good gun dogs and exhausting pets! By nature Vizslas are lively, gentle-mannered, affectionate and sensitive, they are loyal and possess a well-developed protective instinct. Created in Hungary to work as a pointer and retriever Vizslas were known as the “Gift of Kings” as breeding was restricted to Nobility in the Greater Hungarian Kingdom. The first written reference of the breed dates back to 1357 in the Illustrated Vienna Chronicle prepared for King Louis I of Hungary.